I wrote this about the “La Jolla School” of Communication for the 30th anniversary of that department.  I was on the faculty there as a professor from 2003-5.

For the last few years, I have jokingly referred to a “La Jolla School” of Communication. This invisible college has grown up around the Communication Department at the University of California, San Diego.  And as a school of thought it is represented by the current faculty, of course, and the Ph.D. alumni who are also emerging as intellectual leaders of the field in their own right.

But unlike the other place-based schools of thought, there is no single topical or methodological link that the whole community abides by or protects.  The Montreal School has had an important influence on organizational communication, the Frankfurt School had impressive epistemological unity, and theToronto School is known for its historical perspective and media personalities. There are also many fine departments and schools of communication across the United States, but I would argue none of these have yet to cohere into anything near a school of thought. The “La Jolla School” is the most identifiable department-centered school of thought in contemporary communication research in the United States.

Membership in the La Jolla School is defined through a way of knowing that produces richly textured, deeply analytical work on the cultures, infrastructures, and social implications of media and communication across behavioral, social scientific and humanistic approaches. Now, for the 30th Anniversary of the founding of the UCSD Communication Department, it is time to reflect on the project and what has been accomplished so far.

In an era when digital media require new ways of asking questions about the relationship between mass media and human communication, UCSD paved the way. What UCSD figured out –well before the rest of the field did– is that we can’t separate the medium from the interaction from the implications (social, cultural, or economic). What has been built over the last 30 years by the La Jolla School is based in a deep belief that intellectual conversation must happen across the perspectives on human interaction, media production, culture studies, and political economy. Of course, the ideas were and are always first in La Jolla. One of the particular quirks of UCSD is its dogged refusal to identify or police professional or disciplinary boundaries, and yet the work of La Jolla School has begun constitute an approach to being within the discipline.  In La Jolla, interesting ideas always win out over pedigrees, and they usually won out over extended discussion during (sometimes seemingly endless) “Course Group” meetings. Oh, how I cursed those meetings when I was a first-year professor there, and how I long for them now. For it was there and then that these negotiations among perspectives were hammered out. The conversations about teaching and hiring that every department does were different in the La Jolla approach because of a deep commitment to intellectual engagement across these boundaries and a spirit of radical democracy that informed them. These conversations and people’s commitment to them, constituted a process of democratic sense-making among the core and periphery of the school of thought, allowing diverse voices, cross-fertilization across specialties, and new ideas to emerge. It might be difficult to articulate exactly what topically makes La Jolla style research, but people came to recognize it when they saw it in the work of others.

What then does make a work or a person part of this school? I’d argue that it is three main premises define it.

My own time in La Jolla was brief. I worked there as an assistant professor for only one year before family reasons took me to my present job. Because I was trained as a sociologist, UCSD was my gateway drug for communication scholarship, and in that way my time there functioned for me like a postdoc for ways of thinking through, around, and about the field of communication. I was very lucky to be mentored there by incredible senior and junior colleagues–in particular, Mike Cole, Gary Fields, Dan Hallin, Robert Horwitz, Chandra Mukerji, Michael Schudson, and David Serlin. I find it ironic now that my professionalization into the communication field is due in large part to time spent at a program that purports to have little concern for the problems of the profession, disciplines, or careers. The program’s founding faculty were and are strongly associated with social and behavioral sciences and humanities disciplines outside the field of communication. What I didn’t understand at the time was how carefully UCSD cultivated this outsider status. But without that group of my first professional colleagues who cared deeply about a sociologically and politically informed study of culture, I doubt my transition into the communication field would have been as smooth as it was.

For a program purports not to care about the profession, it is having quite an impact.  Three of the last eight ICA Outstanding Book Awards have been for “La Jolla School” books, this year for Sarah Banet-Weiser’s Authentic and recently for Tarleton Gillespie’s Wired Shut and Dan Hallin and Paolo Mancini’sComparing Media Systems. Just thinking through my colleagues from the subfield of communication technology, prominent La Jolla School members include Kirsten Foot, Steve Jackson, Matt Ratto, and Fred Turner. My own research within industry now brings me into rich conversation with alumniSuzanne Thomas at Intel and Mary Gray at Microsoft Research. The first generation of alumni are just now beginning to reach the ranks of full professor and other leadership positions that allow them to reach the full power of their influence such as Vicki Mayer at Tulane and Rick Bonus at UW. There are many more I could name, but these examples show the expansive reach of a small and relatively young program.

It is the La Jolla School spirit of recognizing exciting ideas that makes me deeply honored to have been, if only briefly formally, part of this mission. There are likely many more people who would recognize themselves informally as members of the La Jolla School by sharing in the spirit of its intellectual project and in working to help it flourish.

The Future of Work: Empowering the Data-Driven Worker

I wrote this for Pacific Standard series on the Future of Work, a special project from the Center for Advanced Study in the Behavioral Sciences at Stanford University, business and labor leaders, social scientists, technology visionaries, activists, and journalists weigh in on the most consequential changes in the workplace, and what anxieties and possibilities they might produce.

The latest entry in a special project in which business and labor leaders, social scientists, technology visionaries, activists, and journalists weigh in on the most consequential changes in the workplace.

I just published an essay on Medium about what the dinosaurs of health care can teach health startups.

Nude pictures of celebrities stolen from their own iCloud accounts. Facebook experimenting with the emotions in their users’ feeds. Google reading Gmail before their users do. Fitness trackers without privacy policies, vulnerable to security breaches, and bait-and-switch tactics to sell customers’ data. Almost every day there is a story about the gap between the expectations people have for their own data and what companies actually do with that data. To fix this gap, we first need to rethink the nature of data. 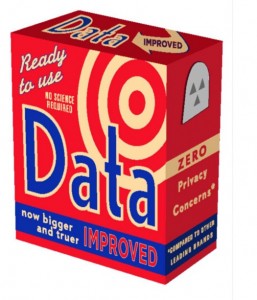